LBS College of Engineering introduced the FLOSS Club in 2016 to show the importance of Open source software and it’s importance as academic tools. Mr.Shine Nelson, (Mozilla Kerala)inaugurated FLOSS Club and expressed his views about importance of open source software and a Keynote speech was delivered by him on the topic”Privacy and Open-source with Mozilla”. On the same occasion,Dr. K A Navas, Principal, LBSCE, Kasaragod launched android application for nCORETech ’16.

The FLOSS Club at LBS have been actively conducting many activities so far such as workshops and technical events such as article writings, paper presentation competions etc.The FLOSS Club at our college operates mainly on the primary principle of mentorship where the senior members of the club individually mentor juniors and the club as such acts as a community where each one helps the other one out.

The club motivates students to contribute to open-source projects of various popular open-source organizations, work on developing projects aimed at solving real-world problems,participate in open-source student programs,attend national and international developer meets,conferences, hackathons and so on.

The club believes in the holistic development of students and besides seeking excellence in technical skills also engage in giving talks, conducting debates, taking part in sports and cultural activities including yoga sessions, and so on. LBS College of Engineering
(A Govt. of Kerala Undertaking) 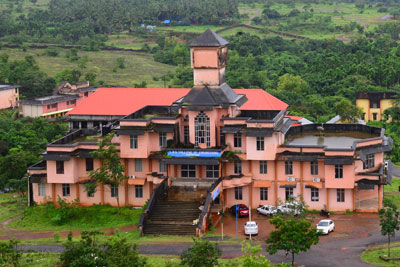